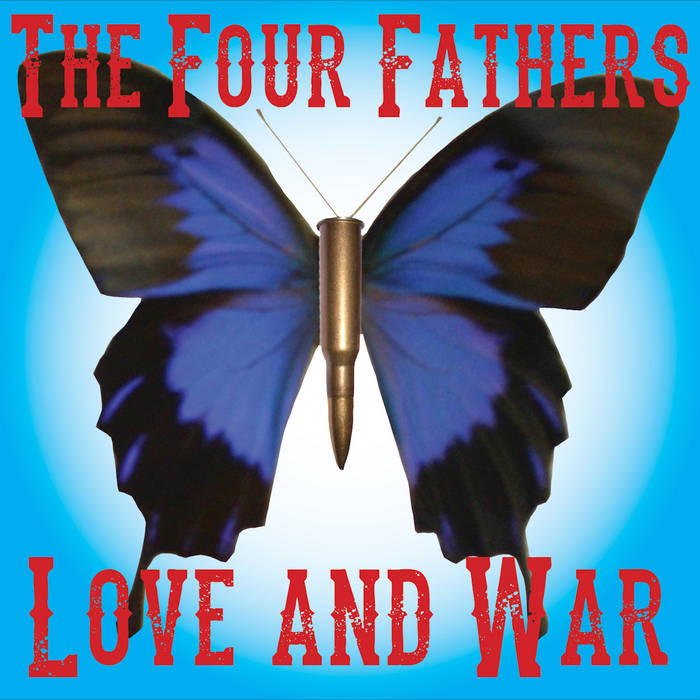 The debut album by South East London-based band The Four Fathers. Rock, roots reggae and political engagement. Songs about Guantánamo, the US torture program, the Tories' cynical age of austerity - and love!

The Four Fathers are:

Recorded and mixed at Perry Vale Studios by Pat Collier.

In November 2015, Andy was interviewed by US journalist Kevin Gosztola for his influential website Shadowproof about his interest in protest music. Kevin played excerpts from 'Song for Shaker Aamer', '81 Million Dollars', 'Tory Bullshit Blues' and 'Fighting Injustice.' The show followed Kevin's nomination of 'Song for Shaker Aamer' as Shadowproof's 'Protest Song of the Week.'
See: shadowproof.com/2015/11/13/protest-music-project-andy-worthington-interviewed-on-songwriting-and-his-influences/
and: shadowproof.com/2015/11/02/protest-song-of-the-week-song-for-shaker-aamer-by-the-four-fathers/

“It’s a great CD. My daughter and I have been dancing to Tory Bullshit Blues! Well done all involved.”
Rachel Taylor-Beales, singer-songwriter

“Your album not only met with my full, enthusiastic, approval, it also exceeded my expectations — the writing strong, passionate and beautiful; the performance tight and pretty damned good.”
Jan Strain, Seattle

“I am ordering some extra copies of your CD immediately and hope others do as well. Unfortunately, music and art have been so self-neutered or self-censored that one no longer hears outrage against the perpetual warfare now carried out by the U.S. and Israel — with all the war crimes they are committing as tactics to terrorize civilian populations — so that your own excellent work must be especially appreciated. Andy, you’re right there with Roger Waters in raising consciousness of the crimes we are committing with our wars of aggression, which are made even worse with the sanctimonious motives we claim for them.”
Todd Pierce, former military defense attorney for prisoners at Guantánamo facing military commission trials

“I was listening to your CD today for the first time, ironically while writing a letter to Fayiz [al-Kandari, the last Kuwaiti prisoner] in GTMO. I just wanted to tell you that your CD is pretty damned good, albeit a bit on the dark side.”
Barry Wingard, military defense attorney for Guantánamo prisoner Fayiz al-Kandari