Equal Rights And Justice For All 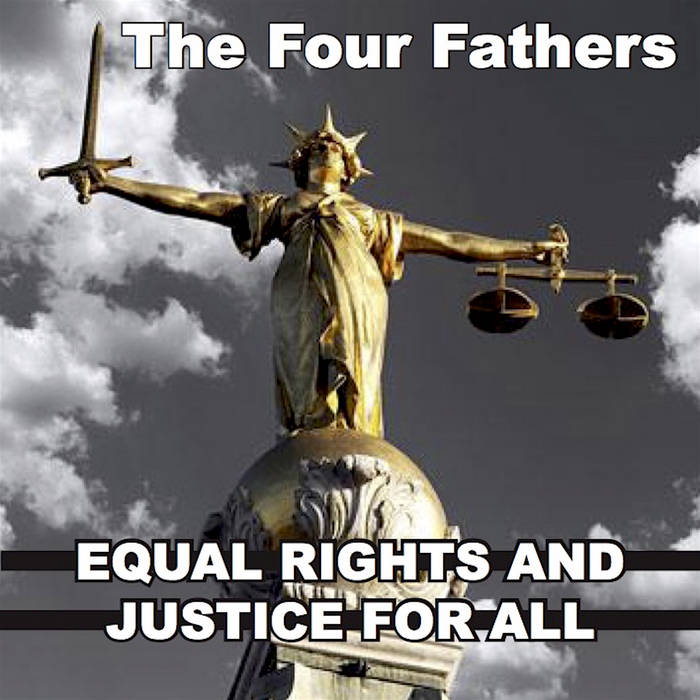 A passionate defence of habeas corpus — which is supposed to protect all of us from arbitrary imprisonment — ‘Equal Rights And Justice For All’, set to an insistent and infectious roots reggae groove, was inspired by lead singer Andy Worthington’s work trying to get the prison at Guantánamo Bay closed down, and also by the 800th anniversary of King John signing Magna Carta in 2015. The key element of this document, which the barons obliged him to sign, was habeas corpus, the right to be brought before a judge to test the validity of one’s imprisonment. Over the centuries that followed, habeas corpus ended up applying to everyone (not just the barons), and was successfully exported around the world as a hugely significant bulwark against tyranny.
After 9/11, of course, the United States introduced imprisonment without charge or trial for the men it held at Guantánamo — and elsewhere in the “war on terror” — thereby undermining habeas corpus. Prisoners ought to have had habeas rights, unless they were held according to the Geneva Conventions, but post-9/11 prisoners of the "war on terror" were, shockingly, held without any rights at all. In 2008, the Supreme Court finally granted them constitutionally guaranteed habeas corpus rights, but these rights were then gutted of all meaning in a number of nakedly ideological rulings made by the court of appeals in Washington, D.C.
In addition, in the UK, the Blair government, after 9/11, held foreign “terror suspects” without charge or trial, in maximum-security prisons or under a form of house arrest, on the basis of secret evidence that they were forbidden from seeing, and also held some UK citizens under house arrest on the same basis.
For the gutting of habeas corpus in Guantánamo, see:
www.andyworthington.co.uk/2012/06/16/the-supreme-court-abandons-the-guantanamo-prisoners/
For the use of secret evidence in the UK, see: justice.org.uk/secret-evidence/
www.andyworthington.co.uk/2009/04/01/britains-guantanamo-calling-for-an-end-to-secret-evidence/
Also see this article Andy wrote about the 800th anniversary of the signing of Magna Carta, and how it was hijacked by the Tory government under David Cameron: www.andyworthington.co.uk/2015/06/15/800-years-of-magna-carta-the-stench-of-hypocrisy-regarding-habeas-corpus-for-shaker-aamer-and-other-guantanamo-prisoners/

Equal Rights and Justice For All (Andy Worthington)

But since the start of the "war on terror"
The rules have changed, our leaders have said
Some have been subjected to rendition and torture
And some have ended up extra-judicially dead