This Time We Win 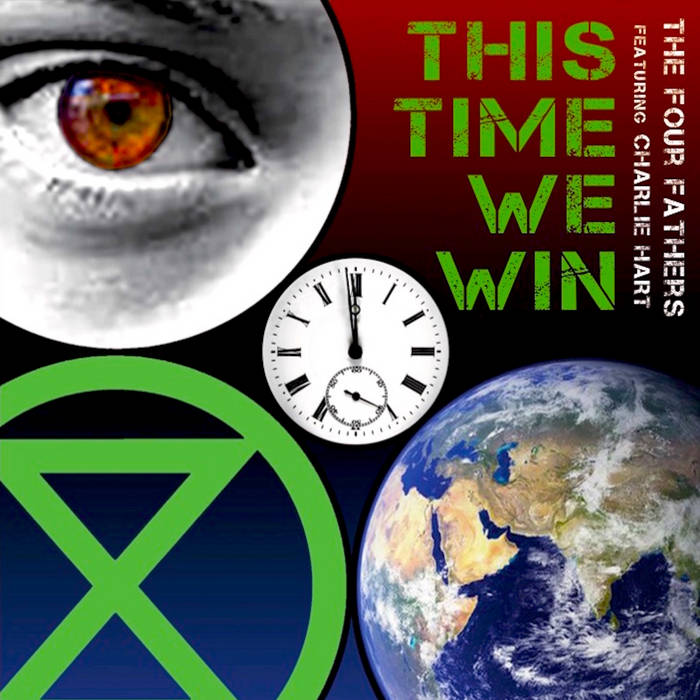 Released on April 22, 2020, to mark the 50th anniversary of the first Earth Day, on April 22, 1970, when 20 million Americans took to the streets to call for urgent environmental reform, ‘This Time We Win’ was produced by, and features the acclaimed musician and producer Charlie Hart. It was written by lead singer Andy Worthington in response to the unfolding, man-made, global environmental catastrophe that we all face, and the powerful efforts to highlight it that have been made by the Swedish teenager Greta Thunberg and her Fridays For Future movement of striking schoolchildren, and the campaigning group Extinction Rebellion, who occupied central London a year ago.

Andy wrote the song last year, inspired by these protests, and we were planning to release it this spring, to coincide with what we anticipated would be renewed environmental activism, but what we couldn’t have foreseen was the arrival of the highly infectious novel coronavirus, COVID-19, and the complete shutdown of all significant gatherings of people, including political protests, to try and stop its spread.

Ironically, the global lockdowns as a result of the coronavirus have resulted in a huge reduction in horribly polluting traffic — on the seas, in the air, and on our roads — and a similarly huge decline in polluting industries, leading to a correspondingly significant decrease in greenhouse gas emissions. This fulfils some key environmental demands — although only temporarily, of course, as those in charge will be trying to resurrect their environmentally suicidal “business as usual” as soon as they deem it safe to do so.

We hope that, as they do so, ‘This Time We Win’ will have resonance as a reminder that we can no longer afford to continue with “business is usual”, not just because of its inability to prevent the spread of a pandemic, but also because it remains environmentally ruinous to a truly alarming extent, and its revival, in all its hectic, polluting, money-making folly, must be resisted with as much energy as we can muster.

We hope you’re with us!

UPDATE May 20, 2020: Check out the video for 'This Time We Win', made by drummer Bren Horstead, here: www.youtube.com/watch?v=kozI9UW8M6Y

For further information, check out Andy’s recent article about the coronavirus and the anniversary of Extinction Rebellion’s central London occupation: www.andyworthington.co.uk/2020/04/19/in-the-midst-of-the-coronavirus-lockdown-environmental-lessons-from-extinction-rebellion-one-year-on/

This Time We Win (Andy Worthington)

We were warned 50 years ago that our way of life was unsustainable
We weren’t listening then, are we listening now?
Wake up! Scientists are certain, ten years until annihilation
Ten years to bring this system down

Woy-oy-oy-oy This time we win
We’ve run out of options, we gotta win
Woy-oy-oy-oy The flames are rising
We’re running out of time to put out the fire

Woy-oy-oy-oy This time we win
We’ve run out of options, we gotta win
Woy-oy-oy-oy Flood waters rise
We’ll soon be running out of land on which to survive

Woy-oy-oy-oy This time we win
We’ve run out of options, we gotta win
Woy-oy-oy-oy The flames are rising
We’re running out of time to put out the fire